Stem Cell Therapy for Rheumatoid Arthritis: A Deeper Look into the Study

Rheumatoid arthritis, or RA, affects large numbers of people and attacks their joints, causing intense pain. While new drug treatments have been promising, they can be quite expensive and are not free of side effects. Mesenchymal stem cells offer another means of attacking rheumatoid arthritis itself, not simply masking the symptoms.

These umbilical allograft-derived cells have been shown to regenerate and change the actions of T and B cells in injured tissue. There, they help regrow the damaged joints. This procedure has demonstrated much success with autoimmune problems like multiple sclerosis and inflammatory bowel syndrome. Now new studies discussing similar possibilities for treating RA. 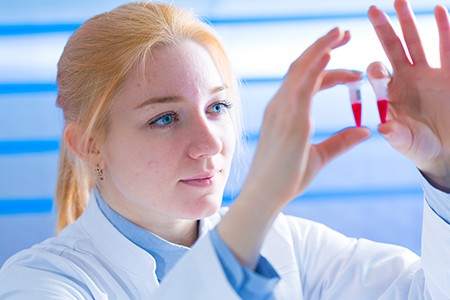 Currently, there is a large study examining the effectiveness of mesenchymal stem cell transfusions to treat RA. The Korean study was government-sanctioned and followed international guidelines for best practices. Cells gathered from umbilical cords of screened donors were administered through IVs into the study participants. The study gave three groups of patients varying amounts of the cells and measured the effects over four weeks.

By releasing cytokines that can regenerate and heal damaged tissues, the cells have been demonstrated to have positive effects in other immunosuppressive disorders, and similar effects were noticed with the RA patients in the study.

In the body, mesenchymal stem cells increase the number of Treg cells and decrease the number of Th17 cells, which gives the body a chance to restore balance to immune system functioning. Instead of the body attacking itself, the cells in the body become healthier and target what they were meant to attack: foreign bacteria and germs. Even after just 24 hours, the research showed a measurable decrease of symptoms in patients who had received the cells.

The process is simple: once regenerative cells have had a chance to go to work, the joints no longer swell to the same degree. This is due to inflammation caused by the antibodies attacking joint tissues. The evidence points toward the need for future trials to reaffirm the safety and efficacy of the treatment. It is ultimately possible that regenerative cell therapy can become a common protocol for treatment of the disease.

While analysis of the results is not conclusive, it does point to a therapeutic option for patients with RA. The study is considered a starting point to examine the effectiveness of varying levels of mesenchymal stem cells in treating RA. Of special significance is the finding that in the group that received a high concentration of regenerative cells, there were no dangerous side effects. One conclusion: future RA patients could see more dramatic results from higher concentrations of regenerative cells.

It should be noted that the Korean RA study was quite small, and the results were not scientifically conclusive. In the future, more studies should be undertaken with a larger patient base and demonstrate a more dramatic impact. In this case, however, the infusion appeared to clearly diminish the presence of the antibodies that cause the autoimmune effects of RA in the study participants, providing relief from the disease itself, not just the symptoms.