The immune system is a powerful force. It protects your body from day one against outside intruders like viruses and harmful bacteria that shouldn’t be inside your body.

When the immune system mistakes the body’s cells for the enemy, so to speak, and begins attacking them, an autoimmune disorder arises. The prefix auto- means self, so it is now mistakenly “protecting” the body from itself.

When the body’s natural immune system – instead of focusing on fighting harmful cells that shouldn’t be in the body – begins attacking healthy cells instead, physical problems can result.

Inflammatory bowel disease, or IBD, refers to two main conditions within the gastrointestinal system: Crohn’s disease and ulcerative colitis. In both of these ailments, portions (or all) of the mucosal lining protecting the bowels become inflamed as a result of the body’s immune system attacking the epithelial cells. These specialized cells are what generate the mucus that the intestines need to stay protected and healthy.

So yes, inflammatory bowel disease is a disorder of the immune system, but unfortunately, no one has quite discovered why just yet. There do appear to be many contributing factors, such as lifestyle, diet, response to stress, as well as genetic predisposition.

Not being able to isolate what triggers the onset of inflammatory bowel disease can make it hard for traditional medicine to present a cure. That’s where stem cell therapy comes in.

Stem cell treatments are being used to relieve autoimmune disorders, inflammation, and the conditions they cause, like Crohn’s disease, ulcerative colitis, rheumatoid arthritis, and many others. 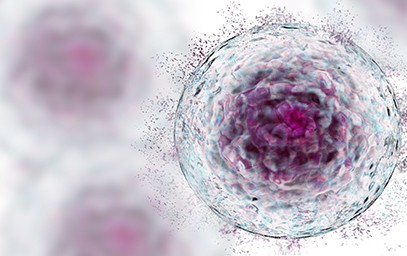 Stem cells are heavily regulated within the US. For example, if you were to go to one of our clinics in the US, you would only be able to receive one to three million stem cells in a procedure, and they would come from a source where they have been cryopreserved or frozen, under strict supervision by the FDA.

In South America, our medical clinic is able to perform cutting edge stem cell treatments, administering, on average, 20 times as high of a dose of stem cells as we could in the US – perhaps as many as 30 or 100 million cells.

This means that there is 20 times the amount of peptides, cytokines, and other growth factors that can help the body fight inflammation and heal itself, completely naturally.

Stem cells are the building blocks of everything within our bodies. Some of the most powerful elements your body uses to signal and heal cells – cytokines and peptides – become damaged and lower in number with age. By introducing a high concentration of these and other powerful cells directly into the affected, inflamed area, damaged tissue can be repaired or regenerated with new, healthy tissue.

Wouldn’t you like to say goodbye to all the restrictions that come with inflammation and autoimmune disorders? Contact our team today to find out if you are a candidate for stem cell therapy.