Is Autism an Autoimmune Disorder?

There has been a lot of talk in the media and in popular culture about autism. We are much more aware of the disorder and the spectrum with which it manifests, and there are many questions related to causes, such as, Is autism an autoimmune disorder?

Depending on who you talk to, it could have a genetic component, an environmental one, or a connection to common medical procedures. The latest possibility involves research into the biological realm, where connections to autoimmune disorders are constantly being reaffirmed. This research is exciting to the medical community because if the disorder is indeed connected to autoimmune problems, autism may be treatable. 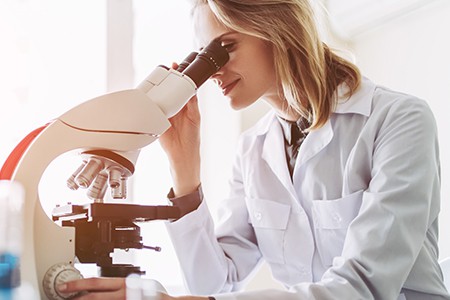 Lately, there has been a growing body of evidence supporting the idea that immune issues in a woman before giving birth are directly related to a child being born on the autism spectrum. Since a study in 1971 first linked autoimmune family history to children manifesting autistic behaviors, numerous reports and studies have reaffirmed the likelihood of that connection.

In the case of autoimmune disorders like celiac disease, rheumatoid arthritis and type-1 diabetes, researcher discovered a definite statistical connection between the presence of the diseases in a family’s history and the autism spectrum disorder in the children.

This is not just anecdotal evidence of reports found on social media about people who had a friend it happened to. These are research studies, population studies, case studies and meta-analyses of data that suggest and affirm the connection. We have known since the 1950s that immune problems in mice can lead to abnormalities in offspring, but it is only recently that autoantibodies from the mother have been connected to the presence of autism in rodents in experimental studies.

After this confirmation, genetic testing of expectant mothers’ blood has demonstrated a potential connection between antibodies present in the mother during fetal development and the transfer to the fetus of antibodies that potentially impact behavior by creating abnormal neurological pathways in the developing child.

While the simple presence of such maternal antibodies does not automatically lead to brain abnormalities, it did lead to the theory that the presence of the antibodies, coupled with another situation that might make the blood barrier between mother and child more permeable, could lead to autism in the child. While this is a very complex relationship requiring further study, this link is promising because people can seek treatment for autoimmune problems. This includes all-natural therapies like regenerative medicine. This may ultimately prove to be encouraging news for families of those on the spectrum, and it provides new hope where before there was simply fear, frustration and surrender.